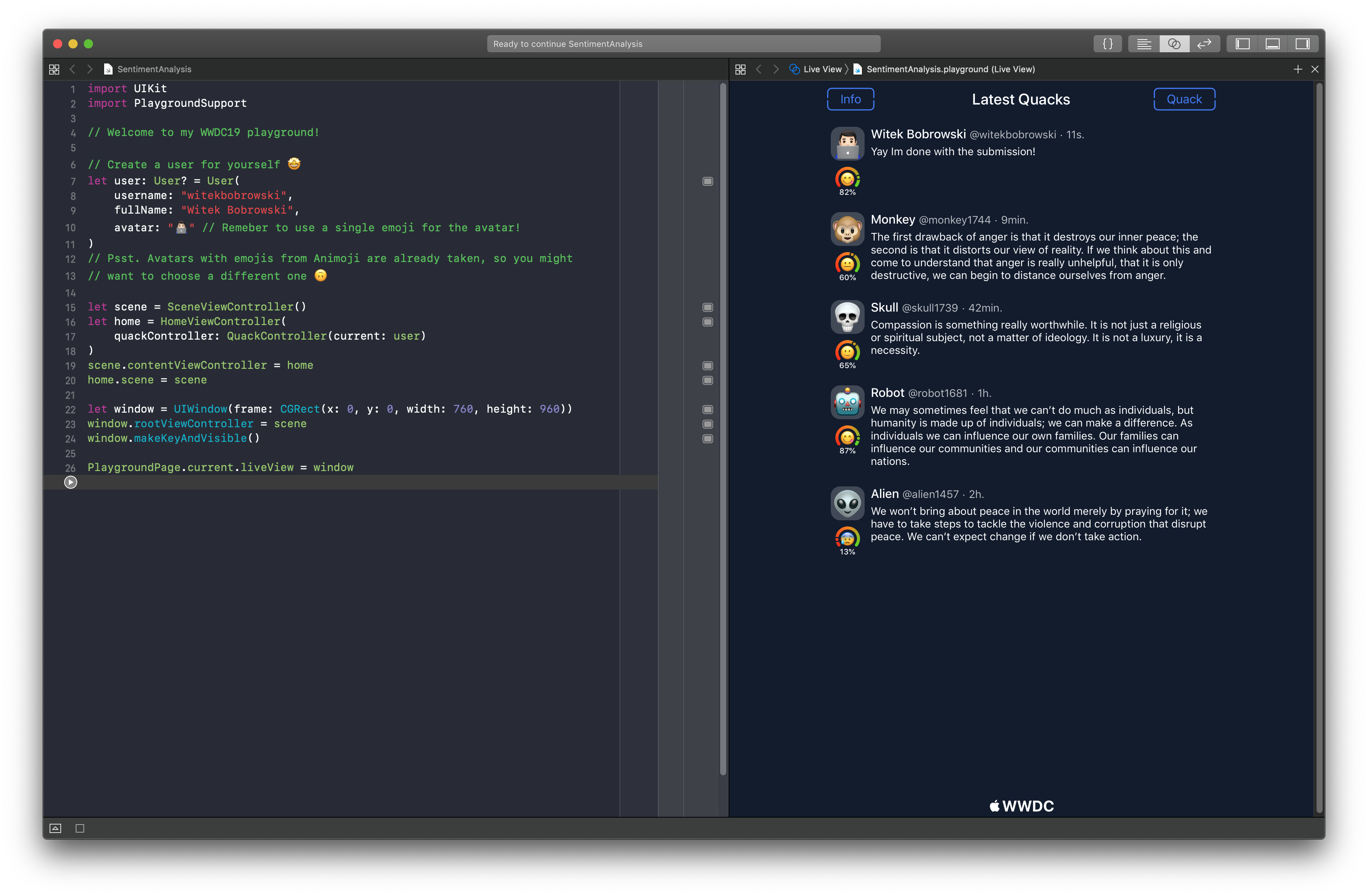 Welcome to my submission and thank you for checking it out! The goal of this project was to create a simple Twitter clone that features Sentiment Analysis of the tweets. And this is exactly what it does! Just like on twitter, you can tweet - or rather quack - whatever is currently on your mind and share it with the world - or at least a couple of Animoji friends that are currently registered to Quacker :)

Obviously the most important part of the submission, Xcode Playground that is meant to be run on a mac computer with Xcode. Just before submitting I thought that Swift Playground for iPad would be a better fit for my project but it was already too late to chage it. Playground contains sources for Quacker with Machine Learning model attached. UI is built with UIKit in vanilla MVC architecture. I wanted to really push the code quality and make the most of child view controllers, that is why you can find plenty of UIViewController subclasses that handle as little as a single UIImageView in this codebase.

This notebook contains source for model training using Keras, and also loading dataset and preprocessing tweets with Spacy. The dataset contains 1.6mln tweets but to match the 25mb limit for submission I had to use only limited amount of tweets and to further reduce the model size I removed words that occured only once. This had an impact on the accuracy of the model.

Simple python script that converts Keras model to CoreML model using coremltools. This process was the most frustrating since this conversion process basically broke my model resulting in mediocre predictions. Additionally I had to use half-precision so it could fit in the submission archive.