An and clock that tells time the Roman way: each daylight hour is 1/12th of the time from dawn (the first hour of daytime, i.e. prima hora diei) to dusk (i.e. the first hour of nighttime, prima hora noctis), and the 12 nighttime hours are divided evenly from dusk to dawn. It was inspired by the XKCD comic comic "6/6 Time", which goes 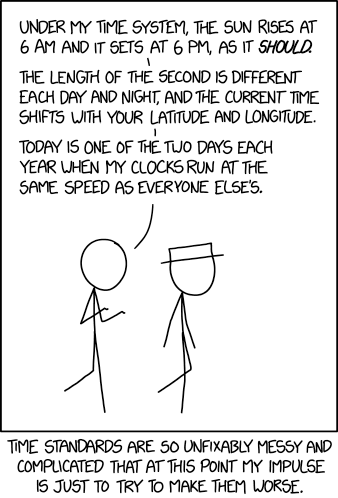 My friends at NSCoderNightDC LOLed at the comic, and I was a bit of a wet rag when I told them that that's exactly how the Romans told time, so to make up for it, I wrote this app.

Now you can tell time the Roman way!