GUI for Horcrux, made with fyne.io (for the command-line version, see here) 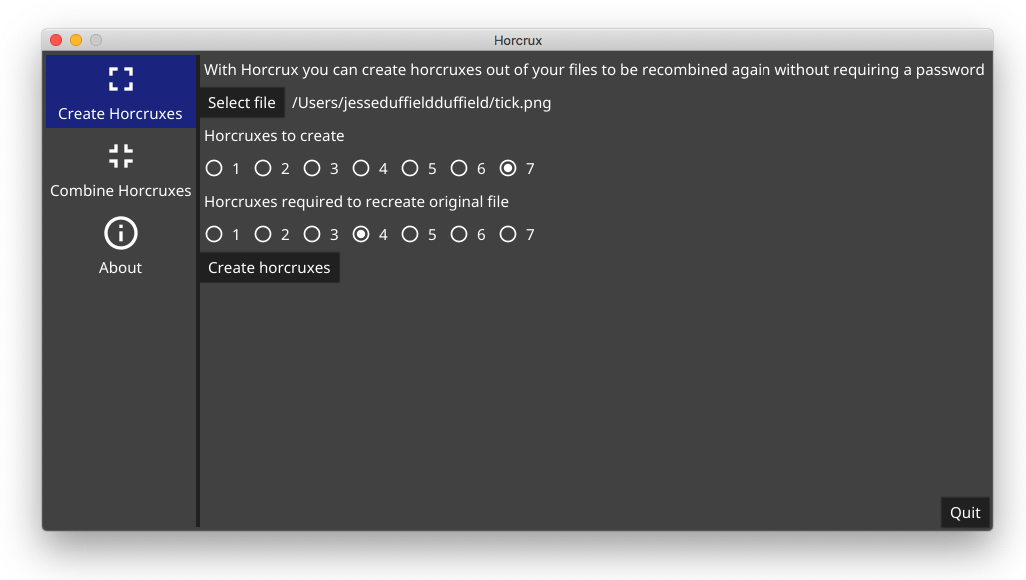 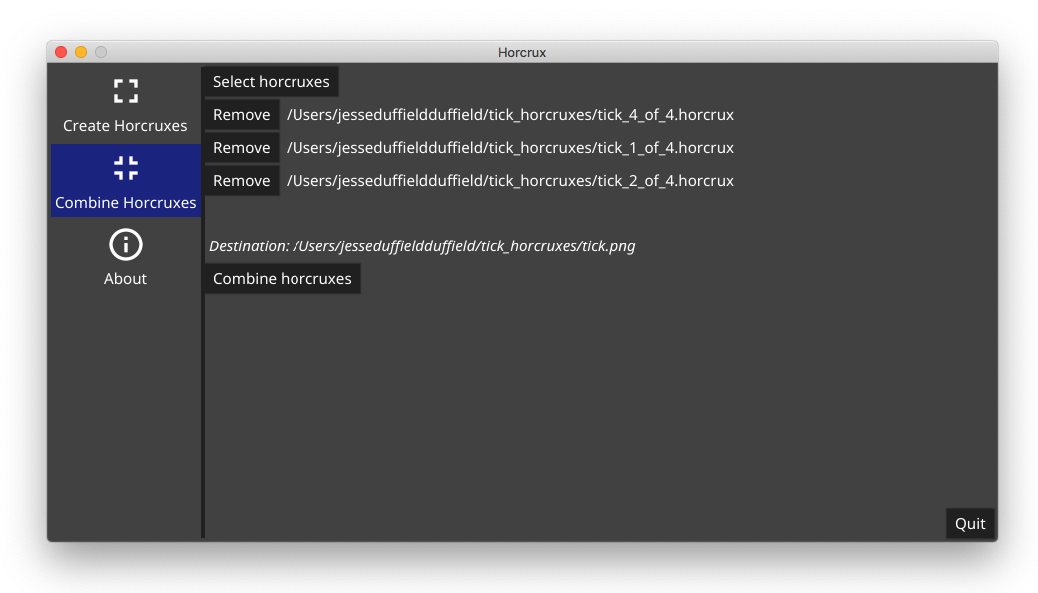 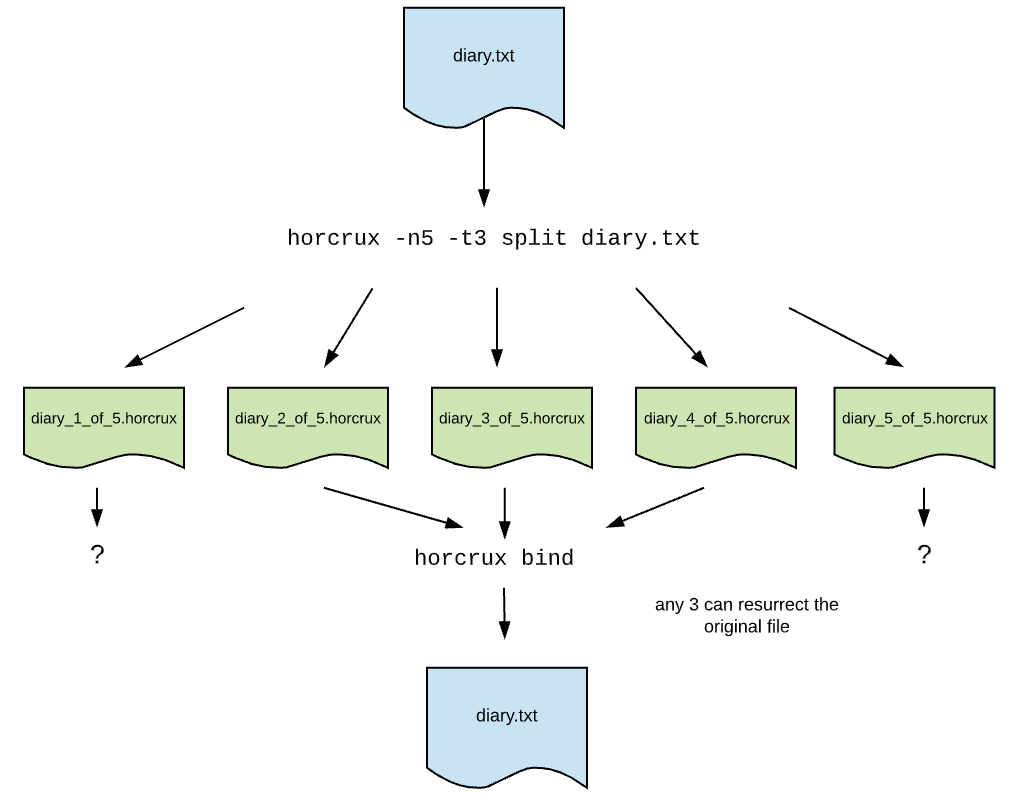 If I have a file called diary.txt in my current directory I can select that and split it into horcruxes, creating files like so:

Now you just need to disperse the horcruxes around the house on various USBs or online locations and hope you can recall where they all are! Or send them to a friend across multiple channels so there's no risk of interception.

On the receiving end, you can then recombine the hocruxes back together to obtain the original file.

Who this is for:

Q) This isn't really in line with how horcruxes work in the harry potter universe!

A) It's pretty close! You can't allow any one horcrux to be used to resurrect the original file (and why would you that would be useless) but you can allow two horcruxes to do it (so only off by one). Checkmate HP fans.

Q) How does this work?

A) This uses the Shamir Secret Sharing Scheme to break an encryption key into parts that can be recombined to create the original key, but only requiring a certain threshold to do so. I've adapted Hashicorp's implementation from their vault repo