My Whitefox Keyboard Configuration for macOS

This is my configuration for Matt3o's Whitefox keyboard (The True Fox layout).

What is the Whitefox keyboard?

The Whitefox keyboard is a 65% keyboard, with the PCB designed by the Input Club, who also designed the Infinity keyboard. The keycaps are PBT Cherry keycaps, which are designed by Matt3o, the legendary keyboard master himself.

The firmware that is used with this project is KLL made by HaaTa, a member of the Input Club.

The KLL is a dynamic and functional language designed to work with all types of input devices and was created after HaaTa was fed up with defining Colemak for every single keyboard.

It is avaliable through Massdrop , which can be bough assembled or in parts. More can be understood on their github and the firmware pdf.

I recommend not using Macports to add any of the extensions that is needed for most of the installation. The project is basically dead.

It can be installed using

, but you already knew that.

Enter the DFU Flash Mode for the keyboard by clicking on the hole inside of the back with a paperclip or something.

Flash by directing to the directory you installed to

Finally, go over to the modifier keys in the macOS settings. 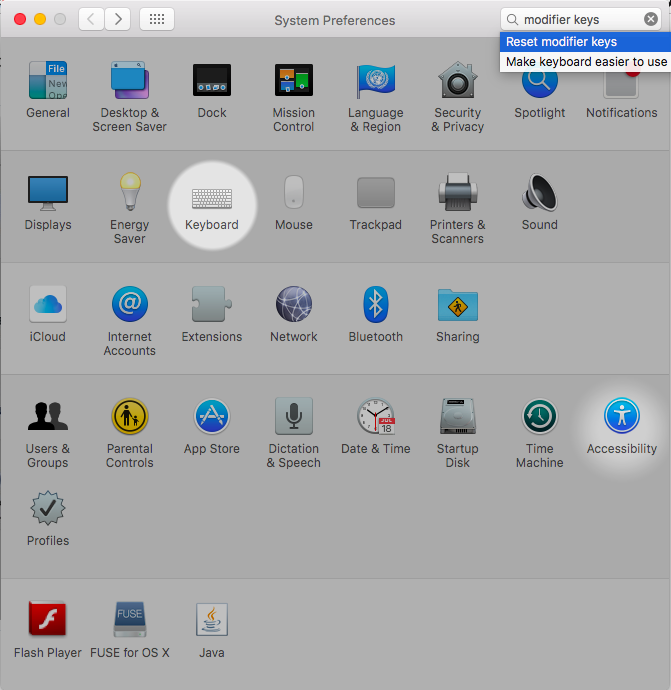 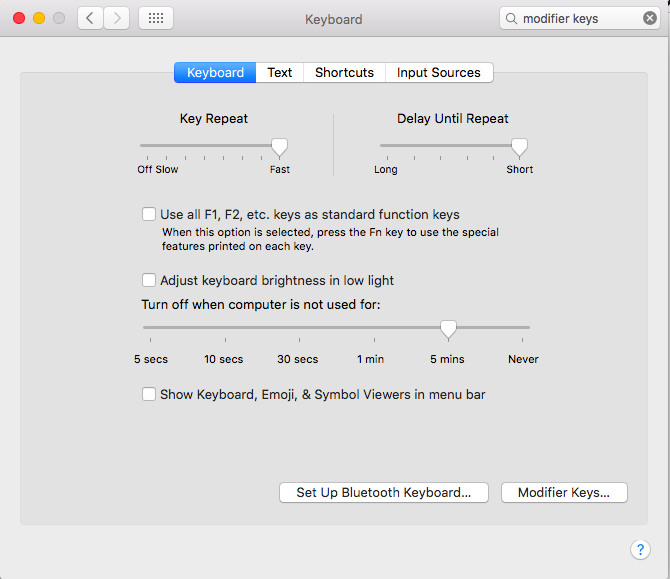 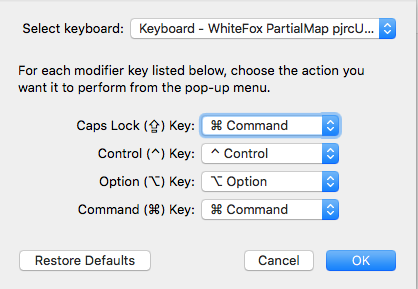 Some basic tips on the configurator

Some of the features that are with this guide

Whitefox keyboard configuration & short guide for macOS, because others don't do justice.